Today we bring you a photo showing the last variant of the famous heavy bomber series produced by Gothaer Waggonfabrik AG during the Great War... the Gotha G.Vb.

Once the war had come to an end, a stipulation of the resulting Armistice was that Germany hand over a large number of aircraft to the Allies... about 1700 or so. Among those specified to be surrendered was the Gotha G.V, and apparently a number of the final G.Vbs to come off the assembly line were delivered to the Allies direct from the factory. It is thought that the aircraft shown here is one of these. 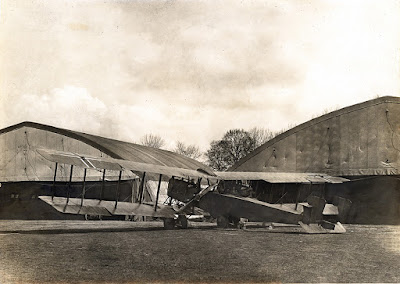