A Jenny at Langley

In our last installment we shared a few photos showing a Nieuport 17 that was under evaluation at Langley Field during June of 1917. As stated in that previous ish of our little cyber-rag, many a foreign type was given a look by a U.S. Army that had recently been committed to the fight, was pitifully unprepared as regards things aviation, and intent on catching up to the European powers in this area.

Aside from all the foreign types that were put through their paces, a number of domestic designs could also be found at Langley in the Summer of '17... including the ubiquitous Curtiss JN-4 Jenny. And here's a couple'a shots of one such machine. In the first view the aircraft is fitted with an experimental 'Olmstead Propeller', while in the second view it has a standard prop. 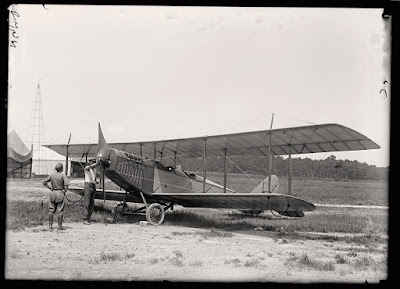 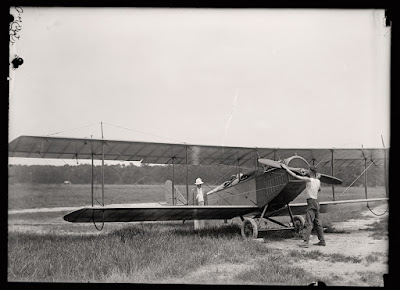